In a workshop divided into two 4-hour increments for two days, participants from the SVA Summer Residency program were asked to find a space on the southside of 23rd Street between Sixth and Seventh Avenues. Once the space was located each participant wrote a memory or a story that this particular public space evoked and shared with the entire group. From that account combined with the space, each participant created a personal ritual performed in public space (on 23rd Street) on the second day. Everyone was encouraged to “Let Go” and to use this experience as an opportunity, to leap beyond what they imagined themselves capable of doing either now or in the future. 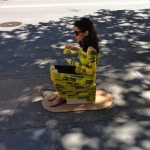 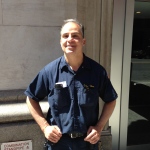 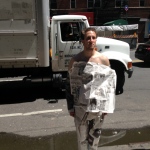 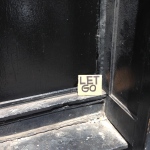